Big Pharma wants everyone to believe that pharmacy benefit managers (PBMs) are to blame.

They argue that negotiating bigger savings for consumers through discounts and rebates actually drives up the price of prescription medications but the focus on rebates is a distraction because most drugs are not even rebated by drug makers.

Higher drug prices are caused by drug makers padding their profits—not by higher rebates and rebate levels are driven by market competition—not price.

Specialty Pharmacies contract based on AWP, WAC or ASP. 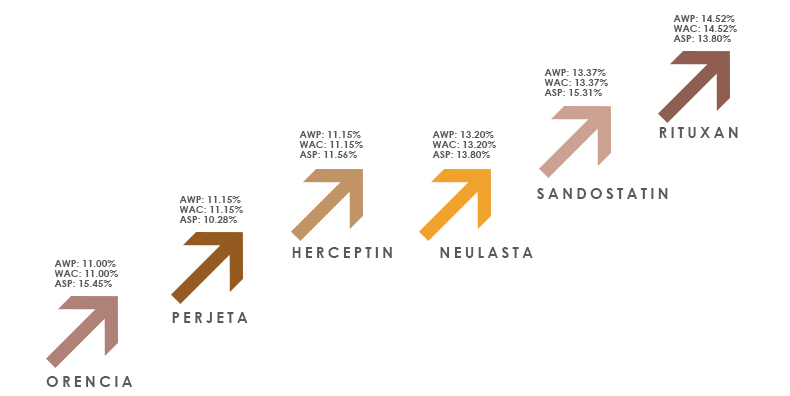 People requiring specialty drugs for cancer, multiple sclerosis, hepatitis other serious illnesses may be on the hook for thousands of dollars a year.

Since its inception in 2006, the Medicare Part D prescription drug benefit has helped improve the affordability of medications for millions of people with Medicare. Yet many beneficiaries continue to face high out-of-pocket costs for their medications. Prescription drugs accounted for $1 in every $5 that Medicare beneficiaries spent out-of-pocket on health-care services in 2016, not including premiums, according to report by the Kaiser Family Foundation.

Median annual out-of-pocket costs in 2019 for 28 specialty tier drugs reviewed by Kaiser range from $2,622 for Zepatier (for hepatitis C) to $16,551 for Idhifa (for leukemia), based on a full year of use, according to the Kaiser analysis.

American Action Forum president Doug Holtz-Eakin said in early testimony to the Senate Finance Committee that spending on these more expensive “specialty drugs” is soaring, from $11.5 billion on the top drugs in 2010 to $151 billion in 2017. While 98% of all drugs have an out-of-pocket cost of no more than $50, copayments for specialty drugs can be in the thousands

“The Medicare actuary estimates that households would save $93 billion in lower out-of-pocket spending for prescription drugs over the next decade, but their insurance premiums would rise by $50 billion.